Menopause is a natural part of life for every woman.

At Honu Women’s Health, we believe in providing personalized, innovative care for women in every phase of life. We understand and embrace the fact that each woman is unique, and each stage of life impacts women differently, including menopause. Not only do we want to provide compassionate and comprehensive care to our patients, but we also want to impart soundness of mind, confidence in the physical self and happiness in sexuality.

Menopause is not a disease, sickness or ailment; it is a natural progression of life. While menopause may bring on symptoms that can lead to varying levels of discomfort for many women, Honu Women’s Health offers a variety of menopause treatments that can be customized to meet your own unique needs. We pride ourselves in being able to spend substantial time listening intently to our patients and taking on your concerns as our own. 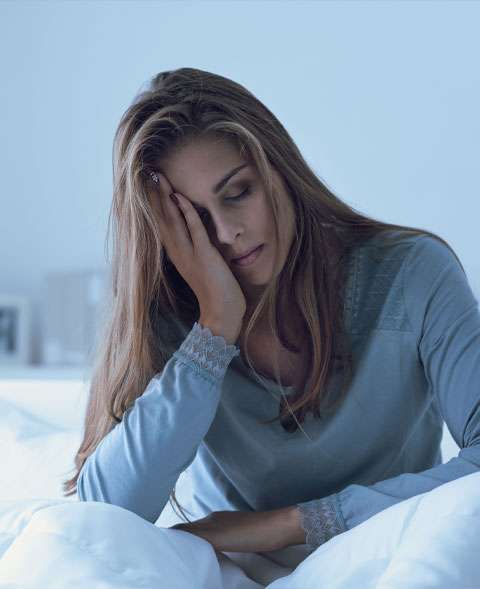 How do I know if I am experiencing menopause?

Menopause is not instantaneous; it is a gradual process and the transition period, often called “perimenopause,” is different for each woman. Menopause, itself, is defined as the absence of a menstrual period for 12 months. When a woman goes a year without a period, ovarian function ceases. Many of the normal reproductive hormones are no longer produced, ovulation ceases, and pregnancy is no longer possible.

On average, most women experience menopause at age 51; however, it can occur as early as the 40s or as late as the 60s. The age at which you began your menstrual period is unrelated to the age at which you will begin experiencing menopause, and there is no lab test able to predict when menopause will occur. It is only determined by the absence of a menstrual period for a year.

Symptoms and signs leading to menopause, such as menstrual cycle irregularities, can begin up to ten years before the last menstrual period. If you think you may be approaching menopause, keep reading.

What are the symptoms of menopause?

The transition to menopause can manifest as a variety of uncomfortable symptoms of varying severity. For some women, there are no unpleasant indicators of menopause and they transition to this stage of life with ease. However, the majority of women do experience a variety of symptoms that can be alleviated with the help of a doctor.

These symptoms can range from being mildly uncomfortable to extremely distressing and they can come and go over an extended period of time for many women.

What menopause treatments are available at Honu Women’s Health?

Keeping in mind that menopause is a natural part of life and not a disease requiring aggressive treatment, at Honu Women’s Health we believe in providing healthy support for women experiencing uncomfortable symptoms of menopause that are negatively impacting their quality of life. This begins by scheduling a Well Woman exam, where we will evaluate your current health status and offer preventive measures to maintain good health. We will listen to your questions, concerns and issues and then work together with you to develop and implement a menopause support plan that is right for you.

Many women will benefit from menopausal hormone therapy. We deliver this in the form of hormones, either bio-identical or traditional, which are compounds that have the same or similar chemical and molecular structure as hormones that are produced in the body. Hormone therapy works by replacing the hormones that have been lost thereby reducing the severity of side effects from menopause. Your dosage will be customized to meet your exact needs and can be adjusted based on your changing hormone levels. Oral contraceptive pills are another form of peri-menopausal hormone therapy, used to regulate the menstrual cycle, relieve hot flashes and to provide contraception for women who have not already reached menopause.

Vaginal moisturizers can also be used to alleviate symptoms of vaginal dryness or itching. These are non-hormonal options for managing vaginal discomfort that is often associated with menopause.
Your doctor may prescribe antidepressants or other medications that have proven to be effective in controlling the symptoms of hot flashes. While these medications may lead to negative side effects such as decreased libido or sexual dysfunction, we work with you to ensure any medication chosen is right for you.

The heart of our practice at Honu Women’s Health is our devotion to caring for our patients’ gynecological needs. We are here to help make your transition to menopause as comfortable as possible so that you can celebrate this next chapter in life and continue to live your life to its fullest potential.

Schedule a consultation today to start your path to wellness and learn about our personalized, combination treatment plans.